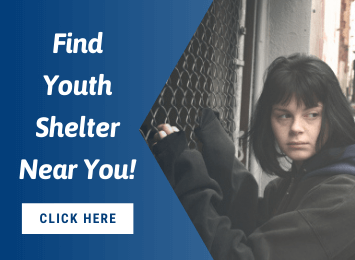 In the 80s and 90s, drugs and alcohol on school campuses wasn't much of an issue. Our schools were drug-free zones, and for the most part, students abided by that rule. Sure, I remember some classmates smoking outside of the back of the school from time to time, and some boys would sneak beer from their parents' fridges, but despite these small acts of rebellion and a required health ed class on substance abuse, drugs went largely unremarked.

Violence in the schoolyard, too, was different. Even fist fights were rare, and those were largely precipitated by the usual teen angst over relationships and who was the most popular kid in school. We left those fights—the ones not immediately broken up by teachers and classroom aids—a little bruised and maybe a lot hurt, but life went on. There were a few major incidents of school shootings and bomb threats, but for the average student, these were hardly a daily concern.

Today, school violence is more prevalent than ever. Bullies frequently bring weapons to school. Drug deals take place on school grounds, even in front of students' lockers. The schoolyard brawls, which were once ultimately innocuous, sometimes end in serious injury, where weapons like knives and guns are involved. Some of these injuries can have lifelong debilitating effects on the victim.

And not all injuries are physical. Increased incidents of bullying and cyber bullying cause long-term mental trauma in children. Depression, anxiety, and suicide are commonplace, and many students are afraid to attend school because of what might happen to them while there. Some regularly skip school or drop out as a result.

One of the primary risk factors for school violence is drug and alcohol use and association with the elements of society that facilitate their use. Children have greater access to substances that were inconceivable a few decades ago. Drug deals frequently take place between students, and feuds over drugs lead to violence worse than any experienced before. Teachers and students alike are threatened on a near daily basis, and the schoolhouse is no longer the safe place it was for previous generations.

Combating this issue will take a concerted effort by parents, teachers, and students to reduce known risk factors and remove drugs, alcohol, and weapons from schools. A school should be a safe place of learning, growth, and discovery. Fear has no place in the classroom.

Tips for Donating to a Charity The Effect of Education on Violent Crime Reducing Crime, Poverty, and Drug Use Through Education Parenting and Youth Violence Teen Dating Violence
About Privacy Sitemap Contact